Quote I’ve been pondering this week:

“It is by logic that we prove, but by intuition that we discover.” ― Henri Poincaré, French mathematician, theoretical physicist, and engineer

I recently watched Cherynobyl (five part miniseries from HBO). I kept hearing buzz about the series and it did not disappoint. It was really well done and it definitely instilled a healthy respect for nuclear power and has made me want to read more about the discovery and development of nuclear power. There have been many nuclear accidents over the last century, but saying “oops” and ignoring them is an impossible response as the fallout from a nuclear event will stick around long after we are gone (can you say Fukushima). The SL-1 experimental US military reactor accident in 1961 clearly demonstrates the scary power and unforgivable reactions that nuclear power can deliver:

The spray of water and steam knocked two operators onto the floor, killing one and severely injuring another. The No. 7 shield plug from the top of the reactor vessel impaled the third man through his groin and exited his shoulder, pinning him to the ceiling.

With great power comes great responsibility. There are quite a few books on the advent of nuclear power (Dark Sun and The Making of the Atomic Bomb are highly rated). I’d love some recommendations to help me winnow down my choices. I’d love your feedback on what’s worth reading!

We all know that online shopping allows retailers to manipulate us and extract as much money from us as possible. How Online Shopping Makes Suckers of Us All really brings it home to us, highlighting the many ways that we really don’t have a chance in today’s increasingly data-driven economy. 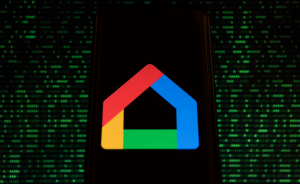 Here’s a great in-depth series on our lack of privacy online:

Key quote from this series:

For as long as you’ve been using Google, Google has been building a “citizen profile” on you.

Watch for subsequent parts in this series from Patrick Berlinquette at Medium in the near future.

Think about what that means… Google knows pretty much everything about your online behaviour. Some of it is innocuous: age, income, gender, parental status, relationship status. But it can quickly get creepy:

I remember being told when I was little that God knew everything we did, everywhere we went, everyone we talked to and everything we thought. God was all knowing. Sure seems to me like Google is becoming God-like and our cell phones are the primary conduit to that reality. In today’s hyper-connected world, even atheists can no longer avoid an all-knowing, all-seeing entity in our midst.

This week, I’m wrapping up with a question and a complaint:

Question: What media do you regularly read and how do you read it? For me, I read (and in some cases pay for) a bunch of stuff regularly: NYTimes, The Economist and The Athletic are at the top of my list. I use Feedly for tracking my RSS feeds. And I use Instapaper to save long reads for times that are more convenient. What do you do?

And my complaint: Why can’t we easily transfer music playlists from one music service to another? (yes, I know this is also phrased as a question!) I am on Google Play music but I’d really like to try out Apple’s Music service. But, I’ve built up a ton of playlists that won’t port over. Why the hell not? It’s just data! How hard can it be to build a migration tool for playlists? (this is my highest priority consumer feature request at the moment!)

Thanks for reading and enjoy the weekend!