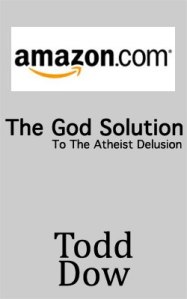 Some housekeeping before I start today’s post: First, please keep your comments clean. I will not post comments that are vulgar or threatening. (Yup, I get those kinds of comments from time to time) I don’t mind disagreement, but keep it respectful. Second, I’ll be posting these updates daily, with one post per day until Sunday July 21. I’ll announce the winner of The God Solution Promotion on Monday July 22. And now, on to today’s post…

Richard Dawkins has put together an interesting package. His book, The God Delusion, has inspired a great deal of discussion and controversy. After reading the book, I find myself disappointed. I was expecting so much more. For such a great deal of noise, I expected some solid, faith-shattering arguments. Instead, I felt that Dawkins’ arguments were weak, lacking in solid logic and poorly assembled.

Why then am I going to spend time and effort refuting a book that I found to be so negative? Well… the popularity of the book requires some strong refutations in order to set the record straight. That’s my main purpose in writing this set of responses. Additionally, I can’t stand to see these guys (Dawkins, Sam Harris, Christopher Hitchens and the rest of the current crop of Atheist writers) thinking that they’ve got the upper hand. I have a keen interest in apologetics, so refuting this type of writing is a great passion for me. Note, apologetics doesn’t mean apologizing for my faith, but rather defending it on intellectual grounds.

Before I get started on my critique, a couple of first thoughts. There are a couple of things that Dawkins does quite badly throughout this book. They are:

So without further ado, here goes.

The eBook “The God Solution” by Todd Dow can be purchased at amazon.com, amazon.ca and kobobooks.com. And, don’t forget about The God Solution Promotion.